In Part 1 of this two part series, I talked about many of the considerations and trade-offs you’ll have to make when coming up with a plan for testing your Cordova app. The ultimate goal is to create a plan that effectively uses each level of testing so that your team can deliver a high quality app in an efficient manner.

In this article, I will explain in detail each level of testing so you can understand the capabilities of each testing method as well as their strengths and weaknesses. 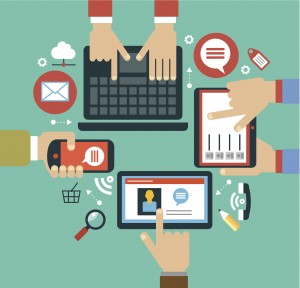 Often referred to as a simulator, this testing environment is mostly used on developer machines to perform “first pass” testing and debugging. It is meant to approximate the environment in which your web code will run when deployed to a device and run in each platform’s “web view” control (essentially a platform specific mobile browser).

The Apache Ripple simulator comes with many popular Cordova based development tools, such as the Multi-Device Hybrid App tools for Visual Studio and Telerik AppBuilder. 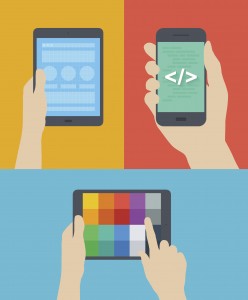 Each mobile platform has emulators available for testing apps in a virtualized environment. The emulators function very similarly to actual devices, though they are generally slower.

They also have a big drawback in that all interactions are performed with the mouse and keyboard, which is obviously not how the app will eventually be used. 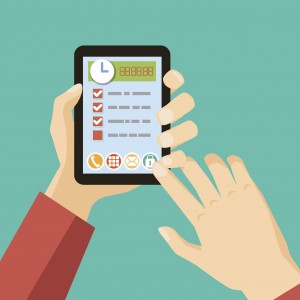 Testing on physical devices is the only way to know for certain how your app will function out in the wild. The biggest obvious drawback is that it can cost a lot of money to own enough devices to cover the spectrum of supported platforms and versions of each platform.

In general, you might be able to get away with testing on physical versions of only the most popular phones and then leave the rest to emulators or testing services. For instance, as of this writing (Oct 2014), you might consider buying some combination of an iPhone 6 (or 5), Google Nexus 5, Samsung Galaxy S5, Samsung Galaxy Note 4 (or 3), and a Nokia Lumia 930 if you’re supporting Windows 8.1. 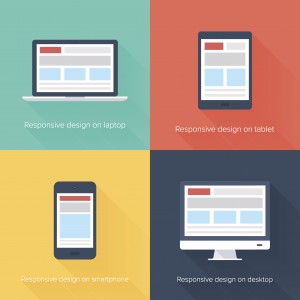 As mobile development in general continues to mature, automated testing of mobile apps is maturing along with it. There is now a growing number of testing and automation options available, ranging from paid cloud hosted solutions like Perfecto Mobile to free open source frameworks like Appium.

While the initial setup process can be time consuming, one of the main benefits of automated UI testing is that you can increase your confidence that code changes have not broken existing functionality on any of the platforms and devices you support.

As you can see, there is a wide variety of options to choose from for testing mobile apps. Which option or combination of options you choose will depend on a number of factors, many of which were covered in Part 1 of this series.

In the end, the scale of your development and testing efforts ends up being one of the determining factors. If the app your making is very large and business critical, you will likely be more willing to do whatever it takes to ensure your app is working perfectly. On the other hand, if it’s just a small app you built for fun or to solve a small problem, you can get away with much more rudimentary testing practices.

Hopefully this short two part series provided some insight into the mobile testing landscape and helped you and your team come up with a testing strategy that works for everyone. And as always, if you ever need any help with your mobile app development and testing, Imaginet is always here to help.

Joel is a Solution Developer with Imaginet in Winnipeg, MB, Canada, and has over 8 years of experience delivering business value using the Microsoft platform and mobile application frameworks. He is a full stack developer who has built solutions using ASP.NET MVC, WPF, WCF, SQL Server, Windows Azure, Apache Cordova, and Xamarin to name a few. He has a passion for the web and for continuously improving both himself and the teams he works with.