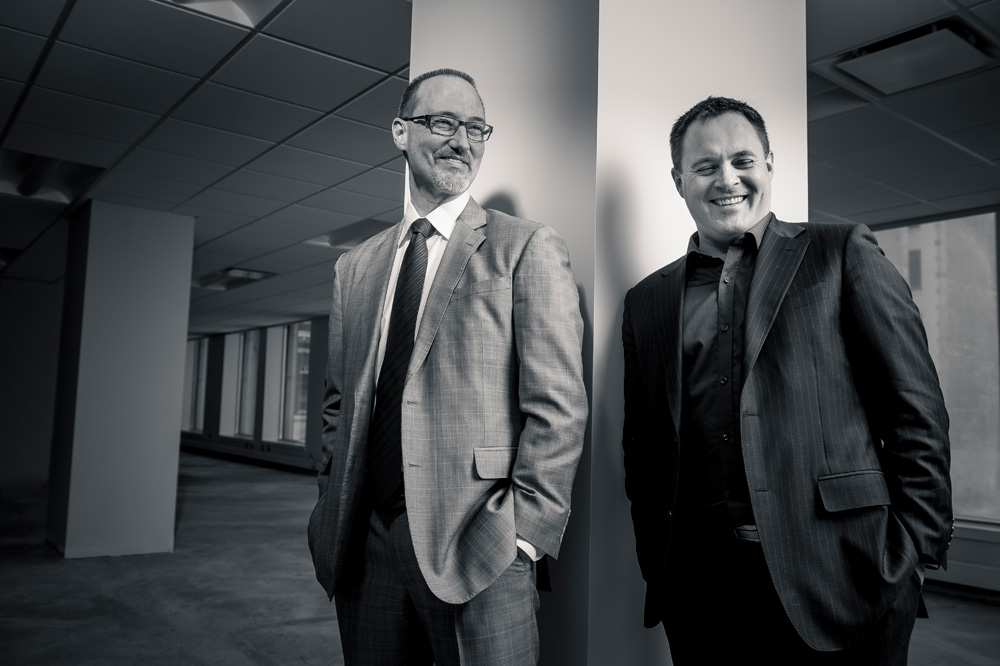 It was a late night in Chicago, and two business associates from Winnipeg, Manitoba, were walking in the Near West Side when they noticed they had crossed into a dangerous neighborhood. The friendly lights of the United Center were gone. Suddenly, a taxi pulled alongside them. The driver lowered the window and instructed the Canadians to climb aboard.

Thankfully, the friendly cabbie—after issuing a stern warning about safety—drove Joel Semeniuk and Rod Giesbrecht to a nearby transit station and helped them find their way. What they first thought was a mugging turned out to be the help of a guardian angel. The shell-shocked men stepped into a small café to collect themselves and started talking about life, meaning, and purpose. That conversation continued as Semeniuk and Giesbrecht boarded their train home, and that talk became Imaginet. “The incident left us inspired to do something more, something better,” Giesbrecht recalls. “We wanted to invent something great together and inspire others to join us for the journey.”

That was eighteen years ago. Today, the growing Imaginet has a presence in Canada and the United States, and is known for helping enterprises adopt and build upon Microsoft innovation. The company’s services include cloud and infrastructure solutions, application development, enterprise innovation, and change management for the innovation life cycle.

But Semeniuk and Giesbrecht are injecting a fresh approach into the innovation management space through a unique proprietary model they call enterprise modernization. “It’s about leveraging the wealth of cheap and abundant technology to dramatically change the fabric of a company and how people in that company work,” Semeniuk says. In working with clients, those at Imaginet might start by modernizing basic IT software, but they extend deeper into finding new ways to use emerging products like the Microsoft HoloLens to change the very nature of collaboration. While leaders, employees, and citizens often see innovation as a new product or service, Imaginet’s leaders preach the value of the failed experiments that led to that success. “Innovation is much more about managing failure than it is about managing success. Throughout the innovation life cycle, failure is expected. Knowing this brings a different approach by running small experiments so that you can fail faster,” Semeniuk explains.

“CIOs are generally risk averse, but we can step in, understand where technology is going, experiment, and then bring a solution back into a steady-state environment and make it part of operations.”

Many modern organizations have moved away from innovation in favor of stability. In response, Semeniuk and Giesbrecht have built a company that collaborates with clients to navigate the future of IT and how it applies to business. Instead of merely keeping devices running, IT departments need to harness technology to advance a company’s mission. “CIOs are generally risk averse, but we can step in, understand where technology is going, experiment, and then bring a solution back into a steady-state environment and make it part of operations,” says Giesbrecht, adding that IT professionals cannot afford to address innovation and operations in the same way…