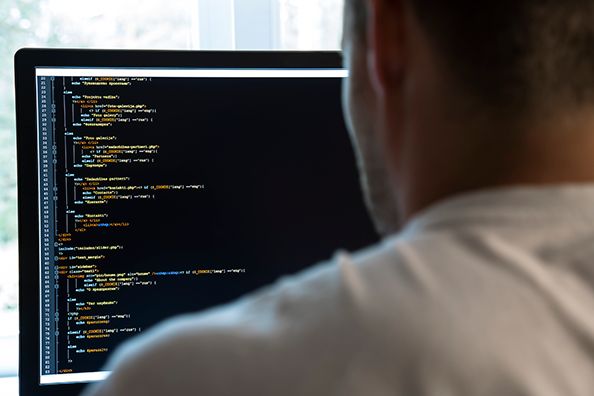 How to Ensure Project Success with Telerik (Step-by-Step Tutorial)

How to Ensure Project Success with Telerik

At Imaginet, we love being the best at software innovation. While we traditionally have been one of the best in the world on the Microsoft platform for over 19 years, we are never shy about going deep and being world-class experts in other state-of-the-art tools and technologies – especially Telerik technologies.

As a Telerik Gold Partner, our Imaginet team has been developing enterprise-level solutions with Telerik products for more than five years. While Telerik technologies like Kendo UI provide enormous out-of-the-box capabilities to jump start your development project, there are times when we have to put our Telerik mastery into action to go outside the box in order to get exactly what we want in the application we’re coding.

Here is a just one simple example of how we recently leveraged our Telerik mastery with Kendo UI to help port a windows based data entry application to the web.

When we started the application porting project, we had already decided to use Kendo UI for data visualization and manipulation on the web site. I like working with Kendo UI, as it does many things very well. However, when it doesn’t do something out-of-the-box, it can be a bit of work to figure out how to customize it yourself. So when I was asked to keyboard-enable the multi-select feature of the Kendo UI grid, I figured Kendo UI would have something out-of-the-box that I could leverage to accomplish this goal.

To get started, I opened the source file and added “navigatable: true” to the grid so it would start using the keyboard for navigation. I expected that it would perform selections and deselections using the standard multi-select keyboard combinations, but this wasn’t the case. The keyboard support that Kendo UI provides out-of-the-box was limited to SPACE, which cleared all previous selections and selected the row for the current cell, and CTRL + SPACE, which toggled row selection for the currently selected cell.

The functionality needed was something akin to how Microsoft Excel handles multi-select. So off to the drawing board I went! There were a few challenges up front:

I decided to use the following keyboard combinations to enable multi-select:

The next question was: which event do I use to do the binding? The keypress event wasn’t an option because it doesn’t get raised when the arrow keys are pressed, leaving the keyup and keydown events. The keydown event was the obvious choice since it repeats when a user holds down a key, so I would be notified multiple times if a user was holding down an arrow key.

I’m not 100% sure, but it appeared that the Kendo UI Grid suppresses the propagation of the keydown event for the arrow keys because I never saw the events. This left me with the option to use either the keyup event exclusively or some hybrid of keydown and keyup, which is what I finally ended up using to support the tracking I needed to do.

Now, all that was left was to add handlers for the different keys. I started with the Select All feature, and in the keydown handler, I checked to see if the “A” key was being pressed and if the SHIFT key was being held down. If so, I selected all rows in the grid.

grid = element ? element.data(imaginet.constants.kendo.grid) : null;
switch (event.which) {
case imaginet.constants.keys.A:
if (event.ctrlKey === true) {
grid.select(grid.table.find("tr"));
}
break;
}
As you may expect, this worked. All rows in the grid were selected. What I didn’t expect was that it would ALSO select all of the other text on the page. The browser decided it also had to respond to the CTRL + A and select all of the page contents. I quickly fixed this issue by preventing the default behavior, and the Select All feature was complete:

switch (event.which) {
case imaginet.constants.keys.ESC:
grid.clearSelection();
;break;
}
Finally, I had to figure out how to implement the Contiguous Selection feature – which raised additional questions: How does that work in general? How does that work when I can’t react to the keydown event for the arrow keys? To start, I looked at how Microsoft Excel does multi-select:

To start, I needed to be able to determine what our origin row was. That can be accomplished by recording the index of the row containing the currently active grid cell when the SHIFT key is pressed and clearing it when the key is released.

switch (event.which) {
case imaginet.constants.keys.SHIFT:
if(row) {
element.attr("data-originIndex", row.index());
}
break;
}
Remember that we have to use the keyup events in order to trap the arrow keys, which only happens after a user releases the key. This could happen after a user has been pressing the key for a while, so we need to be able to find out the distance a user travelled and react to it based not only on where the origin of the contiguous select is, but also where the user last released an arrow key.

The easiest way to show you how we accomplished this is see the rest of the code along with all the calculations in this live example of the multi-select keyboard bindings in action: http://plnkr.co/edit/I5PNkCnXfLkxulJZJLOZ?p=preview.

Together, Imaginet and Telerik have jointly built innovative and award-winning software products together. As a Gold level Telerik partner, awarded to only four select consulting firms, Imaginet’s team has completed projects using virtually every control in the Telerik’s toolbox. From KendoUI to Angular to Sitefinity and everything in between.