A multinational energy management company optimized their quality assurance systems and processes. Data that was once scattered across multiple systems and workflows became unified with the help of Imaginet and Microsoft Test Manager. 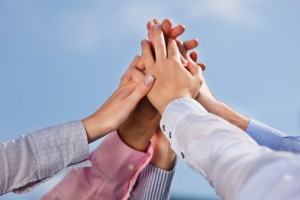 Multiple silos of tools were being used, causing data to be segregated and untraceable between teams. Managing releases became difficult without a clear understanding of the project status and progress, resulting in overall team inefficiencies.

This integrated software platform replaced a variety of 3rd party and open source tools and streamlined the development/QA process. All of the software tool and process improvements resulted in tighter team collaboration and overall productivity gains in both development and QA.

The deployment was initially conducted in North America with a live product team. This solution will also be deployed globally for all teams to experience.

Imaginet’s Quick Start Program has three distinct phases that are designed to ensure a successful implementation that meets the goals and objectives of the organization.

In the Plan Phase, we established a common understanding of the vision for ALM, the current environment, and the client’s goals and objectives. A customized road map was then provided that addresses the client’s specific business requirements, goals and tailored best practices.

In the Deploy Phase, we implemented an operational Test Manager environment. We then provided the Best Practice Framework, Customized Training, Mentoring and Support to ensure the success of TFS.