This global leader of finance and risk management systems and services was challenged with their enormous number of manual application processes. This resulted in inconsistent builds, unpredictable testing, and diminished team productivity. 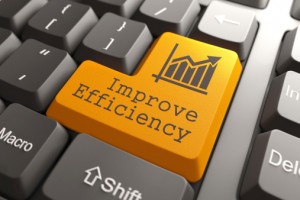 This client felt as though they were not efficiently using the Visual Studio and Team Foundation Server toolset. They knew their team’s productivity was suffering without a solid understand of the tools and the best practices.

After an initial assessment of their current application processes and existing challenges, Imaginet looked for ways to streamline and automate build, deploy, and test processes using the Visual Studio 2010 ALM tools.

Imaginet was commissioned to optimize the overall application lifecycle with our ALM Quick Start Program with the ultimate goal of streamlining and automating key application processes using both Microsoft Visual Studio and Team Foundation Server (TFS)) to create a fully integrated build process.

In the Plan Phase, we established a common understanding of the vision for ALM, the current environment, and client goals and objectives.

In the Deploy Phase, Imaginet implemented an optimized Visual Studio/TFS 2010 environment to automate the build/deploy/test processes. We provided ALM best practice and customized mentoring to ensure effective use of the new ALM practices and Visual Studio/TFS tools.

In the Review Phase, we investigated ALM adoption options for future enhancements.

The solution included automation of their current build scripts, automated deployments, setup of continuous integration (CI) builds, execution of unit tests as part of the build, and integration of the database components to accomplish a unified build environment.

As a result of this engagement, this client was able to benefit from an efficient and automated application development solution using VS 2010 and TFS 2010 with custom tailored ALM best practices and processes, team mentoring, and a flexible engagement model that produces results.