A leading mortgage company experienced a number of challenges with their application development team including; an inability to document and track changes, unstable environments with inconsistent builds/tests, and inaccurate reporting for tracking projects. Overall, this company suffered from a lack of ALM processes and unified tooling. 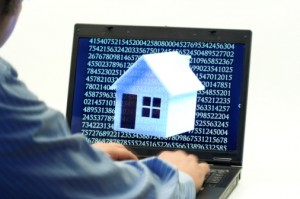 No change management existed, making it difficult to track when and why code changes occurred.

They also experienced issues with creating consistent builds that worked the same way on all environments (dev, test, and production environments).  |

Finally, no accurate means of reporting existed to track project status and progress. These issues needed to be solved quickly in preparation for their major upcoming development projects and their growing development team.

Imaginet also used Visual Studio and the Microsoft SharePoint as part of the overall solution. These tools helped integrate the clients application lifecycle into a unified set of tools.

This TFS solution resulted in a centralized repository for all work items and code, which allows for greater work flow tracking, increased consistency when building and testing applications, and improved reporting and documentation.

Imaginet’s Quick Start Program has three distinct phases that are designed to ensure a successful implementation that meets the goals and objectives of the organization.

In the Plan Phase, we established a common understanding of the vision for ALM, the current environment, and the client’s goals and objectives.  A customized roadmap was then provided that addresses the client’s specific business requirements, goals and tailored best practices.

In the Deploy Phase, we implemented an an operational Team Foundation Server environment.  We then provided ALM best practice and customized mentoring to ensure the success of the new ALM practices and Visual Studio/TFS tools.

In the Review Phase, we discussed future ALM adoption options and additional enhancements.

Imaginet also mentored the their client’s team on ALM best practices and the TFS tools to ensure a successful adoption.